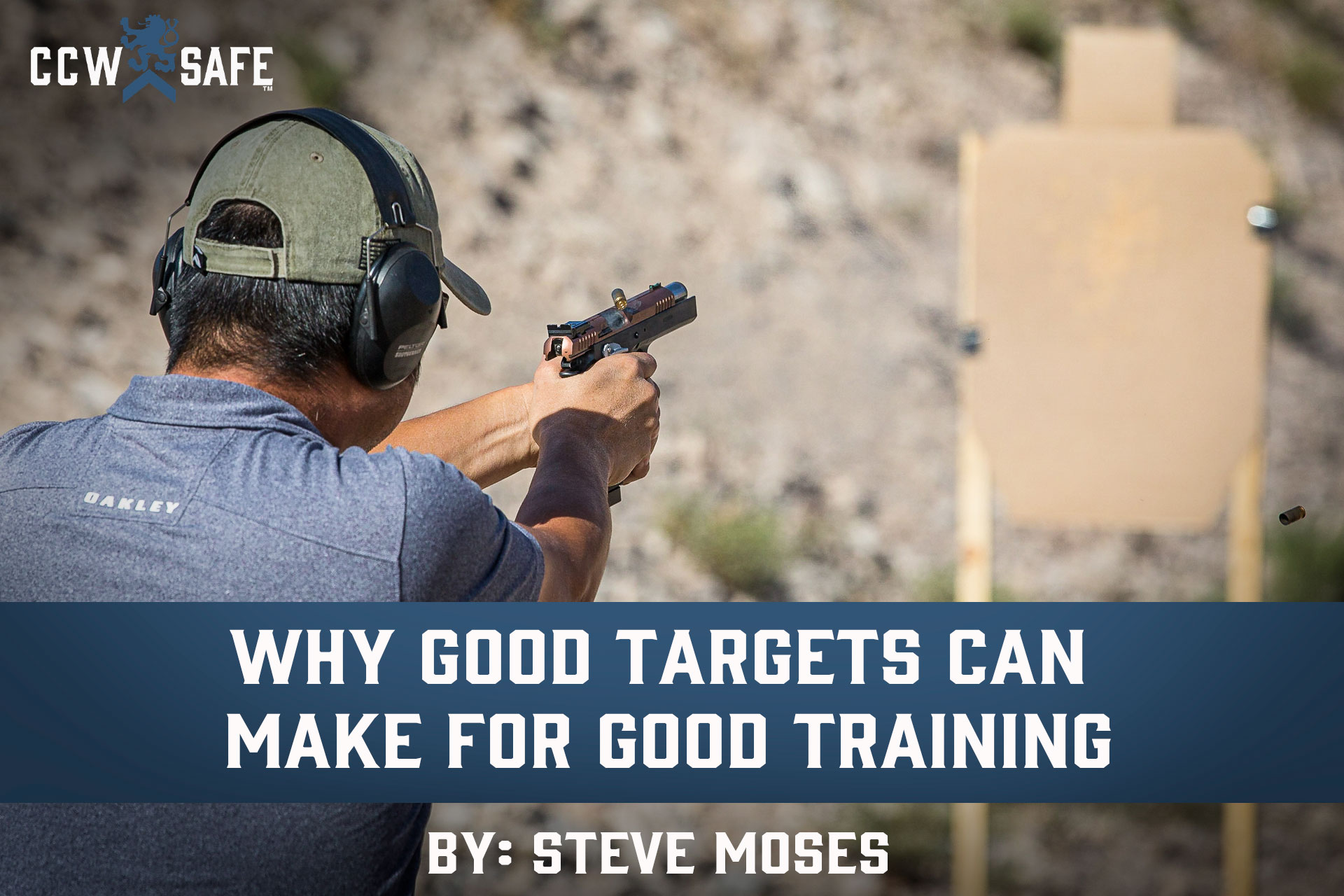 WHY GOOD TARGETS CAN MAKE FOR GOOD TRAINING

WHY GOOD TARGETS CAN MAKE FOR GOOD TRAINING

Any time I go to a public range, I see the same thing. There is always at least one shooter that is standing and banging away at a paper target that is literally covered by bullet holes. The shooter finishes with one magazine, loads another, and resumes shooting with no idea whatsoever where he is hitting the paper target. At the end of the day, the shooter has no idea whatsoever whether he was a better shooter, a worse shooter, or the same shooter when he arrived. Under no circumstances does this mean that he did not have a good time, but if at least a portion of the shooter’s goal was to be better prepared to defend himself, that probably did not happen.

I do not go the range to shoot for just the sheer fun of shooting. I go to either drill or practice, and I derive satisfaction from knowing that I invested the “sweat equity” to both maintain and improve upon my defensive shooting skills and pleasure in seeing the results along with identifying areas in which I needed improvement. My objective in every range session is to shoot accurately and quickly and practice transitioning from one target to another. The large target I currently use is the Q-PT Target available from www.nationaltarget.com. This is a 20” x 32.25” target configured such that a variety of drills may be performed. Target areas within vary in size and include the following:

The number of excellent drills that can be shot on this target is only limited by the imagination. I would probably be amiss if I failed to describe the drills I often shoot during my weekly practice sessions.

I always shoot the above drills (with the exception of the Test, and sometimes I do it too) from the holster while concealed. If range rules prohibit drawing from the holster, I shoot from Low Ready or Compressed Ready and shorten my par times by one-half second. If range rules are such that rapid fire is not permitted, then I work on making fast first shot hits first on the larger targets and then work my way to the 1” squares.

It is critically important that I know whether I am meeting my goals or missing them, and without taping the bullet holes after I shoot there is almost no way of knowing.  At distances of ten yards and in, I do not typically tape rounds outside of those that impact the target and instead tape only those that miss. For me, a long range session is 100 founds if I am shooting specific drills and taping misses in this fashion. Shooters can use masking tape or purchase pasters designed specifically for this purpose.

For the sake of variety, I also bring with me a half-dozen 3” x 5” index cards and a like number of NRA B-8 repair center targets, which vastly increases the number of drills that can be shot.

There is an old saying that goes: “If you had the choice between tacos and a great body, would you get soft or hard tacos?”  Fortunately, that is not necessarily true when it comes to handgun practice. You can have fun and better prepare for the day we all hope never comes.