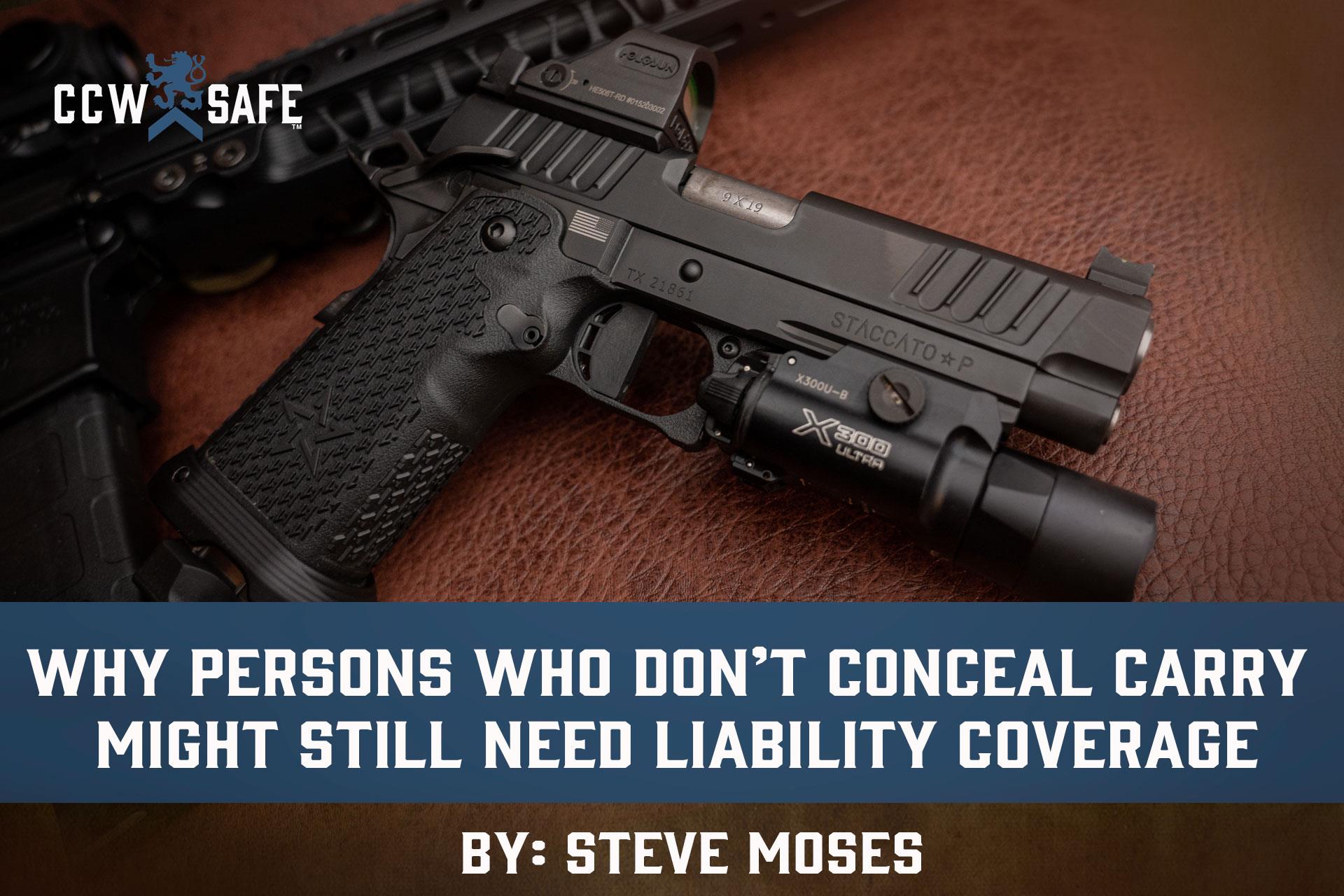 Posted on December 14, 2020 by Steven Moses in Training

Readers who are like me that follow the news and occasionally go into stores where firearms are sold only to be greeted with largely empty shelves would probably agree that Americans have purchased a lot of guns in 2020, and further have an appreciation for what the motivation for those sales might be.

In a recent CCW Safe article about talking to new shooters about dealing with home intruders, I wrote the following: “One effect of COVID-19 (coronavirus) has been a major spike in the number of new gunowners. I am confident that if each were asked what it was that motivated them to suddenly purchase a firearm, it would be to defend themselves and perhaps their families from violence. Pressed a little further they might say that they have become concerned that law enforcement might not respond to a call for assistance, which would leave them extremely vulnerable to the violent whims of others. If we were really persistent and asked them why they didn’t also purchase a holster at the same time they purchased their new handgun, they might very well say they are mostly worried about home break-ins.”

It stands to reason then that if the initial intent of a new gunowner was home protection and not to conceal carry outside of the home, there is no reason to check out companies like CCW Safe. My take is somewhat different. The legal system does not care where the location takes place in which a law-abiding gunowner was forced to use force, deadly or otherwise, to defend themselves and members of their family. Law enforcement will still respond and investigate, and a local prosecutor will still decide as to whether or not to charge that particular gunowner with a criminal offense.

I have repeatedly heard other gunowners say that Castle Doctrine laws afford an additional level of protection against prosecution for homeowners who use force against another person or persons who have entered their residence unlawfully. I believe this to be true, but that it is important to understand that Castle Doctrine laws are only applicable under certain circumstances. I am no authority on this subject, and I believe that the wording in Castle Doctrine laws vary from state to state. My take on the subject is that I can claim self-defense if another person was inside my “castle” (home, vehicle, business, hotel room, etc.) illegally and that I believed that deadly force was immediately necessary to  protect myself and other household members. Actions on my part that may weaken my claim might include provoking the person against which deadly force was used, or an attempt to “bait” the person into unlawfully entering my castle so that I could use deadly force against them.

One of the main reasons that as a concealed carrier I purchased self-defense coverage is that regardless of what actually might take place if I am forced to defend myself, what will happen afterwards is at the sole discretion of the prosecutor who has jurisdiction over the location where the event took place. From there the actions in which I had engaged may be first subject to review by a Grand Jury, and second to the findings of a jury of my peers (some of which may not share some of the same values that I hold to be true). Interestingly enough, the one event in which I might have needed CCW Safe to have my back took place in my home when a burglar broke in during the early morning hours.

As Dave Chappelle would say, “modern problems require modern solutions.” CCW Safe offers a Home Defense Plan for persons who do not wish to conceal carry or are subject to state or local laws that prevent them from doing so. I am taking the following wording right directly from their website:

The CCW Safe Home Defense Plan is designed to cover members and their families against criminal acts, including home invasion, robbery, burglary, and other life-threatening attacks in the residence that necessitate a legal self-defense response (in alignment with the state’s laws and definition of justified use of lethal force). This plan is non-transferable. The Primary member, spouse, and children under the age of 18 years are covered up to the level of a $250k bond, with no caps on civil defense and no caps on criminal defense for incidents that occur inside the home.

The spouse and children under the age of 18 living within the residence shall be covered at no additional cost with all the same benefits as the Primary member. Civil liability add-ons are available during checkout/payment.

In summary, my take on the Castle Doctrine law should not be perceived as hard fact, and some gunowners may live in states in which further retreat if possible within the castle is for all purposes mandatory.  My main point is that homeowners who own a firearm, whether handgun, rifle, or shotgun, for home protection may have far more in common with concealed carriers than they may have believed. Both ultimately share the same goal:

Homeowners with firearms would likely be well served by investing in at least one defensive training class with a quality instructor, monthly training that includes firing at least 50 rounds, weekly dryfire practice, and purchasing the annual CCW Safe Home Defense Plan.

I suspect that the overwhelming majority of the readers who first read this article are concealed carriers wondering why I am “preaching to the choir.” I also suspect that more than a few have been asked in 2020 by new gunowners for advice when it comes to handguns and related topics. If so, please consider sharing this article with those persons, as I wrote if for them. I would be sickened to find out some day that a family member living outside of my home or good friend had been forced to defend him or herself during a home intrusion and was now alone and completely unprepared to deal with the legal and civil aftermath of an event that in itself forever changed the lives of everyone involved.