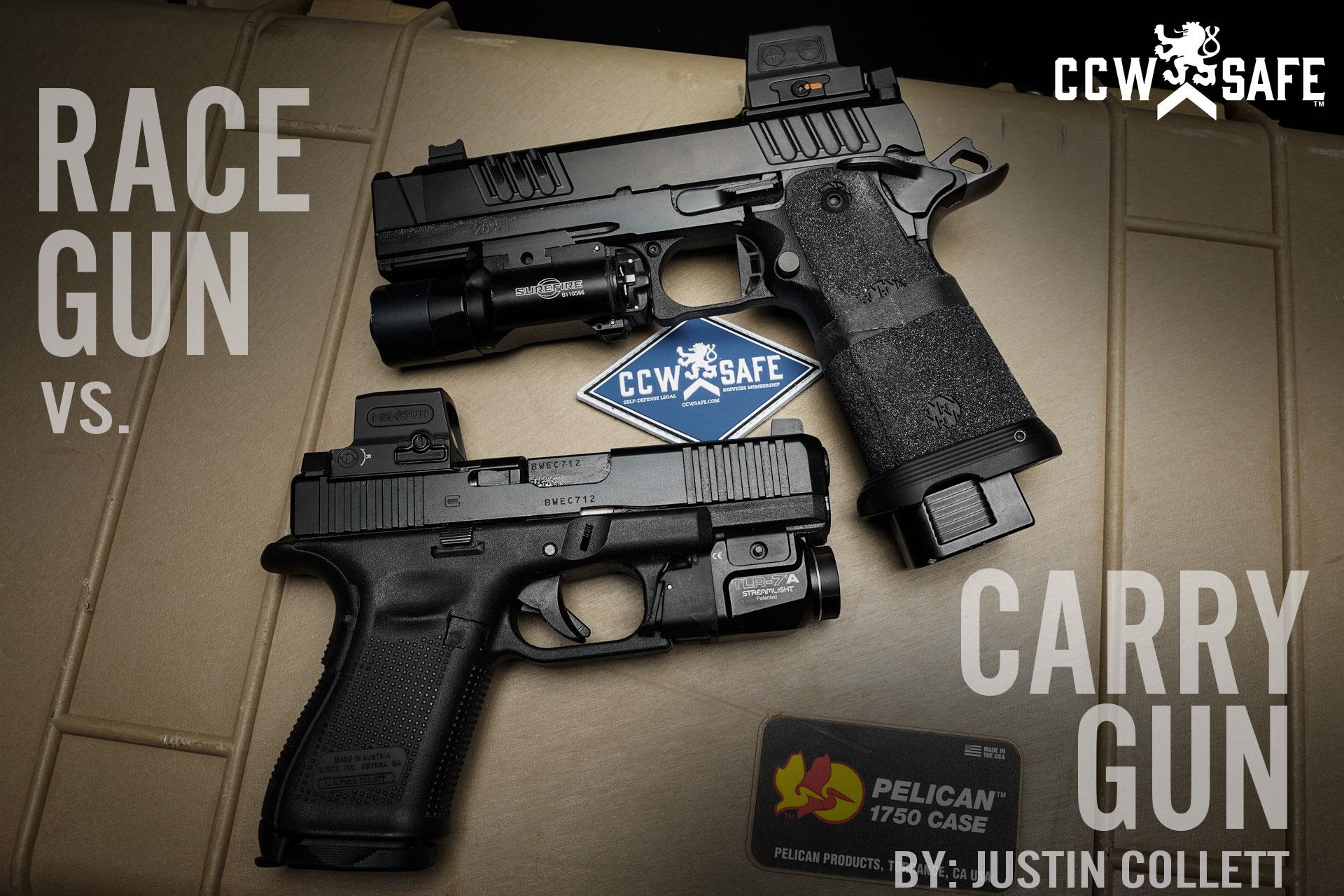 Posted on April 4, 2022 by Justin Collett in Uncategorized

How much difference in performance is there really between a modern practical carry gun and a race gun? I decided to do some very unscientific testing and find out for myself what that difference is for me at my current skill level. Perhaps the first thing to figure out is the definitions of each.

In my opinion a modern practical carry gun is one that is small enough to carry and big enough to shoot without a degradation in baseline performance. For me personally this line starts at the Glock 48 or Sig P365XL and runs up to the Glock 17 / HK VP9 / Sig P320 size pistols. This can be different for everyone. When I get into guns like the Sig P365 or Glock 43 I begin to notice a drop off in performance mainly due to the grip size. I have large hands and there is just less to hold on to with the sub-compact pistols. They certainly have their place and can certainly be effective but for me personally that is where they become more difficult to shoot. For the purposes of this article my example of a carry gun is a Gen 5 Glock 19 MOS with factory trigger, a Holosun 509T and Streamlight TLR7A light carried in an Inside the Waistband holster at 3 o’clock. 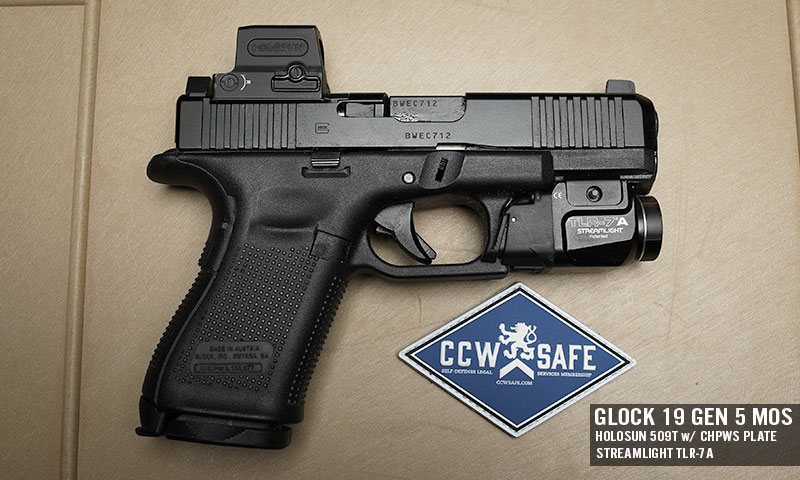 So what is a race gun? The term comes from the competition world and is used to describe a pistol whose sole focus is on performance with no regard to concealability, sometimes weight and in some cases it seems reliability. They are usually compensated, have a red dot optic, hold a lot of bullets and have tuned triggers usually at or under two pounds. They are often set up on the ragged edge of reliability, have large magazine funnels to aid in reloading and are usually impractical for anything but games. They do however perform exceedingly well at their intended purpose and that is performance. My example is a Staccato XC with 1 pound 14 oz trigger, Holosun 509T and Surefire 300XU-B that is on the gun more to add weight and make it fit the holsters I have than anything else. The holster is a Philster outside the waistband with no retention. 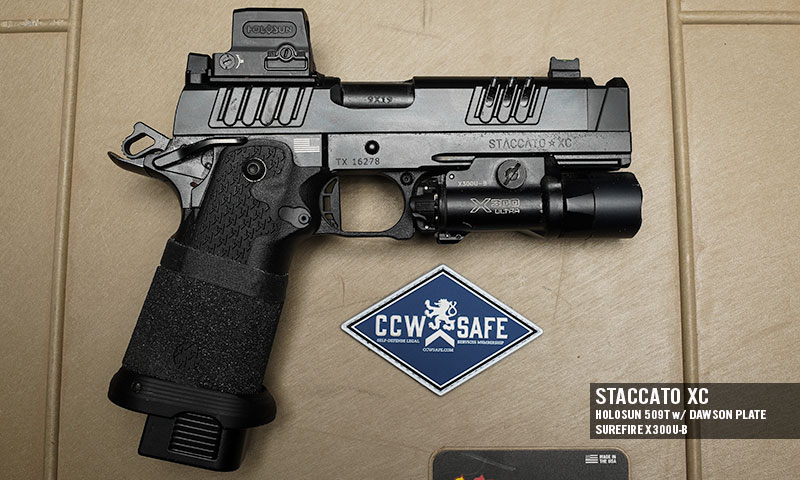 My unscientific method for finding out the answer to my question was simply running some drills with both pistols and noting the differences in overall times, draw time and any accuracy differences. I ran three drills. The first being a version of the classic Bill Drill which is react to a signal, draw from holster and fire six rounds as fast as you can. In the version of the drill I shot, it was from 8 yards onto a C zone steel target. This drill focuses on draw speed and recoil management at high speed while maintaining acceptable accuracy. I went speed focused on this version and accepted any hit on the plate. To quote the great Ricky Bobby “I want to go fast.” 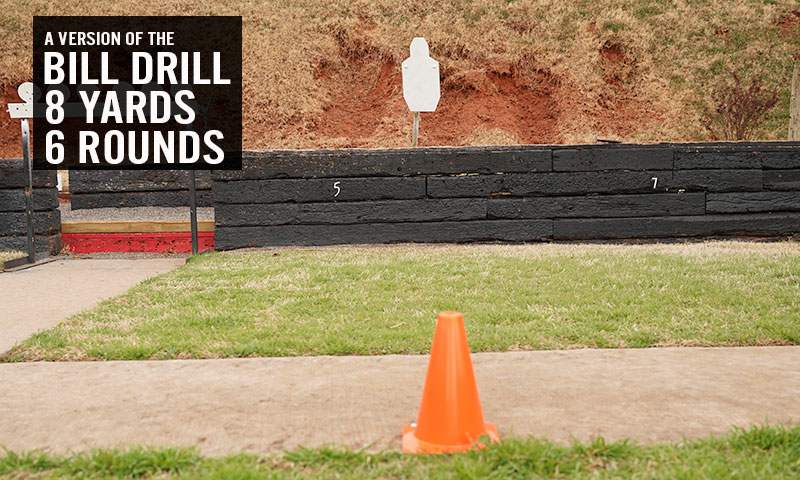 The next drill is one I have been developing for an upcoming CCW Safe project I call the 3-2-1 drill. This is more accuracy focused while still requiring a bit of recoil management and some small transitions. The target is printed on a sheet of 8.5 x11 printer paper. It is shot from five yards and requires reacting to a signal, drawing and shooting three rounds in the large rectangle, two rounds into the medium square and one round into the small square. The small square is just under 1.5” so at 5 yards you have to pay attention to get a hit. I didn’t measure splits on this one. 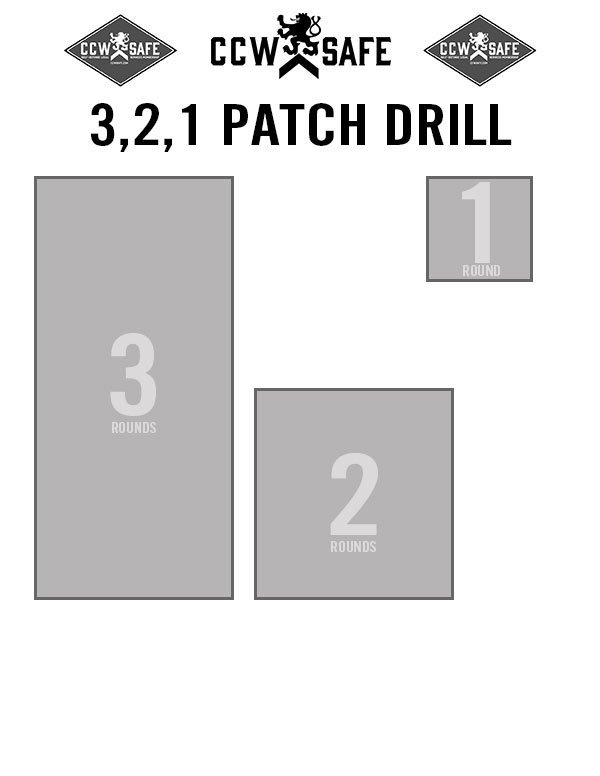 The final drill was a plate rack at 10 yards. There are six 6” round plates on the rack. This requires a fair amount of accuracy compared to things like the Bill Drill and you must manage the transitions. 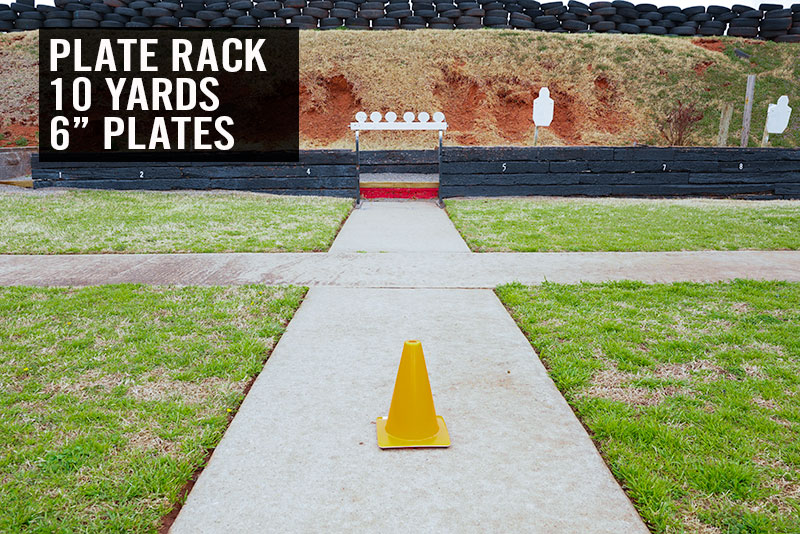 Both guns ran 100% with no issues. So what did I learn? The first thing that jumps out is that the method of draw was the largest factor. My concealed draw is not great and my open draw is decent. When you look at the results the time I actually spent shooting after getting the gun out was not that different between guns. This is kind of a Captain Obvious deal that concealed is slower than open carry for most people but I now know for sure that I am .3-.4 slower on a concealed draw and the time difference when shooting is not huge. There is a difference though so we will dive into those specifically.

Bill Drill: There is a minor and basically meaningless difference in split times. The biggest difference here was accuracy on target. The Staccato shoots so flat that on most runs I could cover the group with my hand while pulling the trigger as fast as possible. Shooting the Glock at the same pace resulted in more dispersion on target and an occasional flyer on the edge of the target. This can certainly be addressed with more work on grip but my take away is that there is a real advantage to the comped gun on this type of shooting. That being speed at the edge of my capability.

3-2-1 Drill: Biggest thing I noticed was the much better trigger on the XC allowed me to push the speed on the tighter shots without having to focus as much on a good trigger press with the Glock. With the Glock on the final small square I had to be very conscious of a good sight picture and pressing the trigger without moving the gun. With the Staccato it was more a matter of see the dot on target and whack the trigger. Also the XC doesn’t require as much recoil control on the multiple shot portions because the slide basically just goes back and forth with no vertical movement. The dot stays in the window. With the Glock it just requires more focus and diligence on the grip and trigger.

Plate Rack: The transitions were noticeably easier with the XC because it stays extremely flat across the transitions. Another example of the comp and spring set up working as intended. The Glock 19 doesn’t move much but it does move more than the comped gun. The other noticeable difference again was the trigger. The Glock requires attention to a good sight picture, stable grip and good trigger press. With the XC I saw the dot on white, press the trigger and transition to the next plate with much less focus required on the process and more margin for error on a not great trigger press.

Conclusion: Going in to this I didn’t think there would be a huge difference between the two performance wise for me. In my opinion that turned out to be true. It worked out about like I expected with the biggest difference between the guns being the trigger and how much flatter the XC shoots. If you have not shot a set up like the XC it’s hard to describe. Everyone I have let shoot the gun has had almost the same reaction “It’s like cheating.” With the super light trigger and really not moving much at all in recoil it is an easy gun to shoot well.

I can shoot basically just as fast shot to shot with the Glock but it requires much more attention and focus on the process when you bring any kind of accuracy standard into play. There just is not the margin for error in the process that there is with the race gun. Overall I am happy with the results as to me it shows that an affordable carry gun in a real world carry holster is not that far off from a no holds barred impractical race gun in an impractical carry method.

Another point is that for me the cost to benefit ratio starts to soar once I get past the Glock 19/Holosun 509 combo. The Glock with the dot and plate costs under $1000 all in. The Staccato is $4300 with a $300 dot, a $140 plate and requires $70 magazines. Essentially the XC costs five times as much as the Glock. That is not to say that the XC is overpriced because it isn’t in my opinion. It is an amazing pistol that is my favorite pistol to shoot.

What I take away is that like in many fields once you reach a certain level of performance the cost starts to rise very fast for small incremental improvements. You absolutely can buy some performance in my opinion but unless you put in the time and effort training to maximize and understand any equipment changes it is a false path to improvement. My final thought on this little experiment is that race guns are a blast but modern carry pistols are very capable pistols that one can actually rely on in the real world without giving up very much at all.